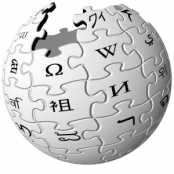 This week, we learned about wikis and other collaboration tools. Using Wikipedia and PBworks, our class explored the process of editing and contributing to wikis. For this exercise, I perused Wikipedia for a topic on which I’m an “expert”, and settled upon George R. R. Martin’s A Song of Ice and Fire. Reading through the List of ASOIAF Characters article, it was not long before I noticed two typos, and one very convoluted sentence in need of editing. Creating an account and editing this article took no time at all, and it was neat to see my changes implemented immediately on the Wiki page. After making my edits, I selected View History to get a sense of the article’s past edits, and found that there seems to be a good deal of moderation and accountability to the editing process. This article is normally edited every few days, and many edits are reverted or reported as vandalism. I found that there were several consistent editors to this page, who are likely users with a watching page on this article. A concern that comes to mind about these editors, however, is what qualifications they actually have to be overseeing an article.

Sook’s “How and Why do College Students use Wikipedia?” demonstrates that most students visit Wikipedia for background information on a topic, or for the discovery of other sources on a topic. Sook’s study proves that most students are aware that the information provided by Wikipedia is not the “best” information, but that the site can be used to gather “reasonably good information”. These findings are very much in line with my undergraduate researching experiences; although using Wikipedia was strongly discouraged by my professors, I found that it was a reliable starting point to acquire a foundational knowledge of a topic. For example, when writing a paper on the French Revolution, a subject that I was very unfamiliar with, I started with Wikipedia to get a sense of key dates and important figures of the Revolution. From there, I used scholarly texts to write my essay, but the Wikipedia page was certainly a gentle introduction into the topic.

Generally, I am a big supporter of Wikipedia, and when I was doing a teaching practicum last year, I never discouraged students from using the site. It may contain inaccurate information at times, but it is still very impressive that such an interactive encyclopedia exists (something that would never have been dreamt of a century ago!). For work purposes, I usually use Google Drive, but the sites we’ve used this week have shown me how wikis could also be very useful in the workplace. 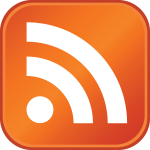 This week, I read Darlene Fitcher’s “Why and How to Use Blogs to Promote your Library’s Services.” Fitcher’s article demonstrates how blogs can be used to promote library events and programs and to engage and support your community. Blogging websites are normally very user-friendly, and can be set up within minutes. They are an interactive way for libraries to connect with their patrons, particularly more web-savvy patrons. As Fitcher notes, it’s important to consider one’s audience while setting up a library blog and to assess whether your target audience has enough of an online presence to make a blog worthwhile. Within a small community branch library, a blog is probably not necessary, but a blog for a particular county or district that encompasses a branch library may be useful within a library system. Librarians should also consider the level of interactivity that they want to set up on their blog – it can be difficult to monitor unhelpful blog comments (such as advertisements, or profane posts) that might arise. Some libraries may chose “post only” blogs, but if comments are disabled then the blog runs the risk of alienating its viewers. All of these factors should be considered before creating a library blog.

I browsed the Toronto Public Library blogs to see examples of library blogs in action. I noticed that they have quite an extensive amount of blogs, divided by categories. Many of these blogs are of interest to me — in particular, I’ve added The Buzz About Books and TPL Teens to my RSS feed. The TPL system also offers blogs for specific branches (like the Toronto Reference Library) or for geographic groupings of branches (like the Brentwood & Lakeshore Libraries Blog). All of these blogs seem to be updated fairly regularly, with blog posts added at least once a month.

I also set up an RSS feed for this week’s lesson. I used Google Reader, which was fairly intuitive to set up. It seems to be a very efficient way to follow numerous blogs, which is helpful to me since I have had difficulty following non-WordPress blogs of my fellow classmates (for another course, LIS 9364). But now, by using my Google Reader, I’ll be able to follow blogs on Blogger, WordPress, LiveJournal, or any other site that offers RSS feeds. Since many people are beginning to use RSS feeds (or already have for many years!), it is important to ensure that when creating a library blog, it’s essential to set up its RSS feed.

This week, I read O’Reilly’s “What is Web 2.0,” as well as O’Reilly and Battelle’s follow-up “Web Squared: Web 2.0 Five Years On.” Both articles were interesting reads, although they both used a good deal of terminology that I either have yet to encounter, or that has fallen into disuse (although it was quite nostalgic to read about Napster in the present tense!).

“Web Squared,” in particular, offered some very interesting thoughts.  O’Reilly and Battelle suggest that Web 2.0 is effectively redefining collective intelligence. Wikipedia, a free online encyclopedia, is perhaps the best example of Web 2.0’s capability of developing collective intelligence.  Wikipedia offers users the ability to potentially edit and update Wikipedia articles.  For instance, physicists around the globe can help keep the “quantum field theory” article contemporary and accurate.  I have often been quite impressed with the rapidity with which articles are updated—while watching the 2012 summer Olympics, I found that athletes’ Wikipedia articles were updated within mere minutes of them winning a medal.

The benefit of this form of so-called collective intelligence is that experts can easily disseminate their knowledge to non-experts.  However, the risk of collective intelligence lies in the difficulty of moderating information, and distinguishing fact from fiction.  Sticking with the example of Wikipedia, users can often find highly subjective information in articles, or information that is not cited adequately (if at all).  Just last week, while reading a Wiki article on The Catcher In The Rye, I happened upon a fact that I was interested in citing.  I followed the Wiki footnote and listed link only to find a web page of questionable repute—moreover, I couldn’t find the fact cited within the Wiki article at all!

My concerns with ‘collective intelligence’ is that Web 2.0 makes it very easy for facts to be misinterpreted or sensationalized.  A type of herd mentality is often adopted when a news story breaks or when certain YouTube videos are uploaded, and web users ultimately decide what becomes popular and what fades into obscurity.  Links are viewed in an exponential pattern—a link is uploaded, and maybe only about 10 people will see it the moment it’s posted.  But if each of these 10 people posts the link onto their Facebook, Tumblr or Twitter account, and each of these 10 people likely have some 200+ friends on their respective social media sites, the amount of people that will be exposed to this link is suddenly ~2,000.  Once links have “likes” and “comments”, other users who may have passed them by are more likely to look at them, or share them themselves.  And so, oftentimes people sharing an article, a video, or a photo, are perhaps only jumping on a bandwagon of what the masses have already decide is worthy of sharing–which then perpetuates the cycle!

As future librarians, it is very worthwhile to keep in mind the internet’s potential to circulate false information and to be able to sort reliable sources from the untrustworthy ones, not only for our own benefit but for the benefit of our patrons.

Welcome to my blog!

Hello all!  This blog is going to be used for making posts related to LIS 9763 Social Software and Libraries during the 2013 winter/spring term.

But first–a little about myself.  I’m currently enrolled in my second term of the MLIS program.  I’m originally from Toronto, where I attended the University of Toronto, majoring in French.  I also have a B.Ed. degree from Western. I’m an avid fantasy and science fiction reader, I’m serious about ‘cottaging’, and I love sushi (a bit too much sometimes).

I’m rather interested in this course since I’m very active on a few social networking sites, and I know that their popularity is ever-increasing.  In this sense, I think that learning more about how these sites can be used to further connect libraries with their patrons will be very useful.